Anne-Charlotte studied singing at the CNR of Limoges and then at the Ecole Normale Supérieure de Musique in Paris in the class of Madame Caroline DUMAS of the Opéra de Paris where she obtained a First Prize for Lyric Art. At the same time, she works in the stage class of Mireille LAROCHE.

Anne-Charlotte is the winner of several international lyrical competitions: 1st Prize of Lyric Art of the Foundation of Saints Angels, 1st prize unanimously of the singing competition of Béziers, Jury Prize in the contest of Nîmes, etc. She also follows the other master classes of the Baritone Philippe DUMINY and the Cantatrice Chantal BASTIDE. She studies with the conductor of the Opéra de Paris Michèle VOISINET. She has participated in numerous productions as soloist in Sacred Music as well as in the Opera: Olympia of Hoffmann's Tales, Leila of Pearl Fishermen, Puccini's La Boheme Musetta, Mozart's Requiem, Mendelssohn's Psalms 42 and Mass of the Coronation of Mozart......

In 2014, she met Lister Désir, a brilliant composer who instantly liked her sensitivity to her world and re-opened the doors of a previously forgotten inspiration: She began to write her lyrics and returns to her first love, song!

She has created with Lister her album, an EP mix of pop music and lyrical flights ... "Chords of soul", she has shot several video clips that present her new artistic and musical vision.

She participates in numerous festivals this year including "Guitar in Picardy" where her duet with the guitarist Frederic Bernard made a sensation and the festival of the Ciotat.

Along side of the singing Anne-Charlotte dubbed and co-animated the radio show by Michel Berger "The artists have the word" which has received much acclaim. 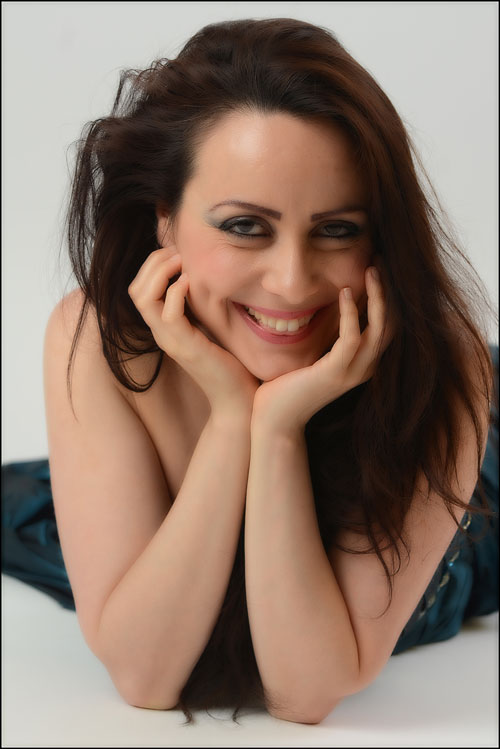