Born in 1978, Olivier Cangelosi began playing the piano at age five. After obtaining his gold medals for piano and chamber music at the National Conservatory of Regions (CNR) in Strasbourg, as well as a DEUG in musicology at the University of Human Sciences of Strasbourg, he entered, in 1999, the Conservatoire Paris (CNSMDP) in piano in the class of Théodor Paraskivesco and Laurent Cabasso, and in chamber music in the class of Jean Mouillère.

The same year, he performed César Franck's Les Variations Symphoniques with the Strasbourg Philharmonic Orchestra under the direction of Jan Latham Koenig.

In 2000, he formed a string quartet with piano, the Quatuor Matisse, which won the first prize at the Forum de Normandie.

He also enjoys the advice of great pianists such as Bernard Ringeissen, Jean Marc Luisada and Idil Biret.

In 2002, he spent four months at the University of Music Vienna to deepen the piano repertoire of the great Austrian masters under the Socrates / Erasmus program of the European Union.

After graduating from the Conservatoire de Paris with a diploma of higher education in June 2003, he entered the University of Music in Vienna in the class of Martin Hugues. In September 2004, he joined the development cycle at National Superior Conservatory of Paris with Theodor Paraskivesco.

He obtains a grant from the Meyer Foundation for cultural and artistic development for the year 2004/05.

In September 2005, he won a 2nd prize at the Santorini International Piano Competition and a prize for the best performance of a Beethoven sonata.

Since then, he has shared his career as a pianist between solo recitals, chamber music concerts and as soloist with orchestra.

Olivier added a new string to his bow, since discovering the conductor he was led to direct many operas such as La Traviata, Aida, Macbeth, Carmen, The Pearl Fishers, The Yellow Princess and La Cavalleria Rusticana as part of the festival Les Nuits Lyriques Bastiaises.

He took over the direction of the Versailles choir La Lyriade in September 2011, and since January 2012 has also been a professor at the Georges Bizet Conservatory, in Paris.

20th arrondissement of Paris. The last project in progress is the recording in concert of the 32 sonatas of L.v. Beethoven. 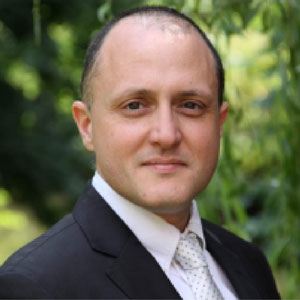